If you have any concern that you are in a relationship that could end in divorce or a custody battle over where your children live and with whom, my advice to you is to close down any social networking site you maintain – it will make your lawyer’s life a lot easier.

If you’re not my client, please continue on as you always have, there is no joy like the joy of incriminating a party opponent with pictures and posts they themselves put out there in the public domain; nothing.

If you’re not the soul of discretion twenty four seven, (and c’mon people, who is?), there is potentially damaging evidence out there on the internet about you that you created and you posted.

So giving advice like disable your social networking site is easy advice to give and hard advice to actually take as the proliferation of social networking sites increasingly becomes the public square where many of us interact daily; but the problem with the cyber public square is that it is creating an easily accessed, rich, discoverable record that can be used by potential adversaries in litigation against you if you have not carefully censored yourself prior to posting anything.

If your lawyer isn’t asking you about your social networking habits, (or your spouse’s), at consultation – keep consulting for a lawyer who does –especially if litigation has yet to commence and you are merely exploring your options and obtaining information about custody law or divorce. The time to clean up your own footprint on the internet, (and to start down loading, copying and saving incriminating materials about a spouse or neglectful co-parent), is before a complaint is filed and served and litigants start discovery and looking over their shoulders and cleaning up their own respective acts.

Checking the internet for the client’s internet footprint, the party opponents and any potential witnesses has become ordinary due diligence for the family law practioner in accessing you – the client, and your case. Don’t be offended if your lawyer wants certain posts or pictures off of your site, she knows what won’t play well in court and this kind of intrusion is something you should now expect from your lawyer if you are heading to court.

If you’re not willing to disappear from social networking sites, here are some basic tips for eliminating the possibility for having to spend a lot of time in court or at deposition defending or explaining yourself:

While it may seem like we live in “Jerry Springer Nation”, where anything goes so long as a crime has not been committed, judges still form unspoken impressions of litigants based on traditional values during the pendency of an action that will silently inform their decisions for or against your case. Photos and posts from my space or facebook, (or God forbid dating websites), are highly influential to the Judge that hears your case because she knows the post was created by you at a time when you were by yourself, being yourself, as opposed to the version of yourself you want to present in a courtroom.

Many a family law practioner has exclaimed, “Oh, I love face book,” sardonically in the court house hallway or at deposition when they are confronted with pictures of their client engaged in unquestionably questionable conduct: sometimes it’s so bad, the case settles in the hallway. What’s fun about it for those of us who practice in this area is, it didn’t cost the price of a subpoena to obtain and it only took a few key strokes at the computer to confront an adversary with devastating proof of their own arrogance and stupidity.

Father seeking custody of son who has remained “unemployed” but posts reference to pot smoking everyday at 4:20 p.m.
Father seeking custody of child posting amorous messages to his favorite stripper on her wall – the Father in this case was stupid and wealthy.
Mother accusing Father of excessive alcohol use posts pictures of herself and the girls on a “girl’s night out” clearly intoxicated.
Mother referring to father of her child as “dirtbag” on her wall.
Mother in the midst of custody battle for young children changes status constantly indicating multiple relationships and identifies persons whom the children are introduced to and confused by.

When it comes to social networking it might be best to always remember that anything you post can and will be used against you and to post accordingly.
The current advice on maintaining these sites can be laughable:

Don’t send messages or post them when drunk. Apparently some of us never learn this one – for those of you incapable of grasping the wisdom of this, thank you – you provide free entertainment for the rest of us.
Remove past posts, pictures or anything you don’t ever want to have to explain later. It’s a simple test – if you’re about to post something that you don’t ever want to apologize for or explain, save your bus fair and delete it.
Be judicious in any personal information that you post about yourself. A part of the attraction of social networking is self-promotion – letting others know what you’re up to and that you have a life – however, if you are claiming you are poor in court, don’t be photographed wearing high priced clothing and jewelry in exotic locales; on vacation, the casino, ect. For those of you in the Valley, that also means don’t take pictures of yourself standing in the walk in closet surrounded by shoes. For the guys, sleeve tattoos are not free and if you are claiming she stole your fishing pole, don’t post a photo of you and your girlfriend using it on the boat you claimed you sold.
Make your profile private and available to only those people who are your actual “friends”.The reality is, none of what you post is private if you have 375 friends in your network many of whom are acquaintances and who could be “frenenemies” in wait willing to give access to your posts to someone who is looking for evidence.

The wisdom of this was, whenever possible; don’t create a record of what you’ve done.

Your lawyer might put it differently like, “pretend everything you write from now on will be read by a judge.”

However you look at it, being aware of the very public nature of social networking sites and the footprint you are making in the cyber public square is critical and should be dealt with before heading to court. 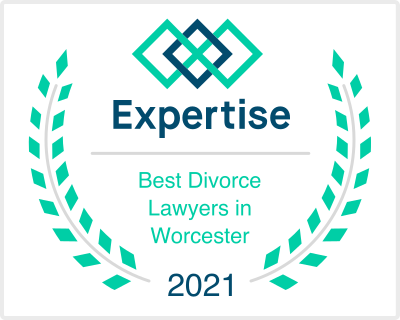